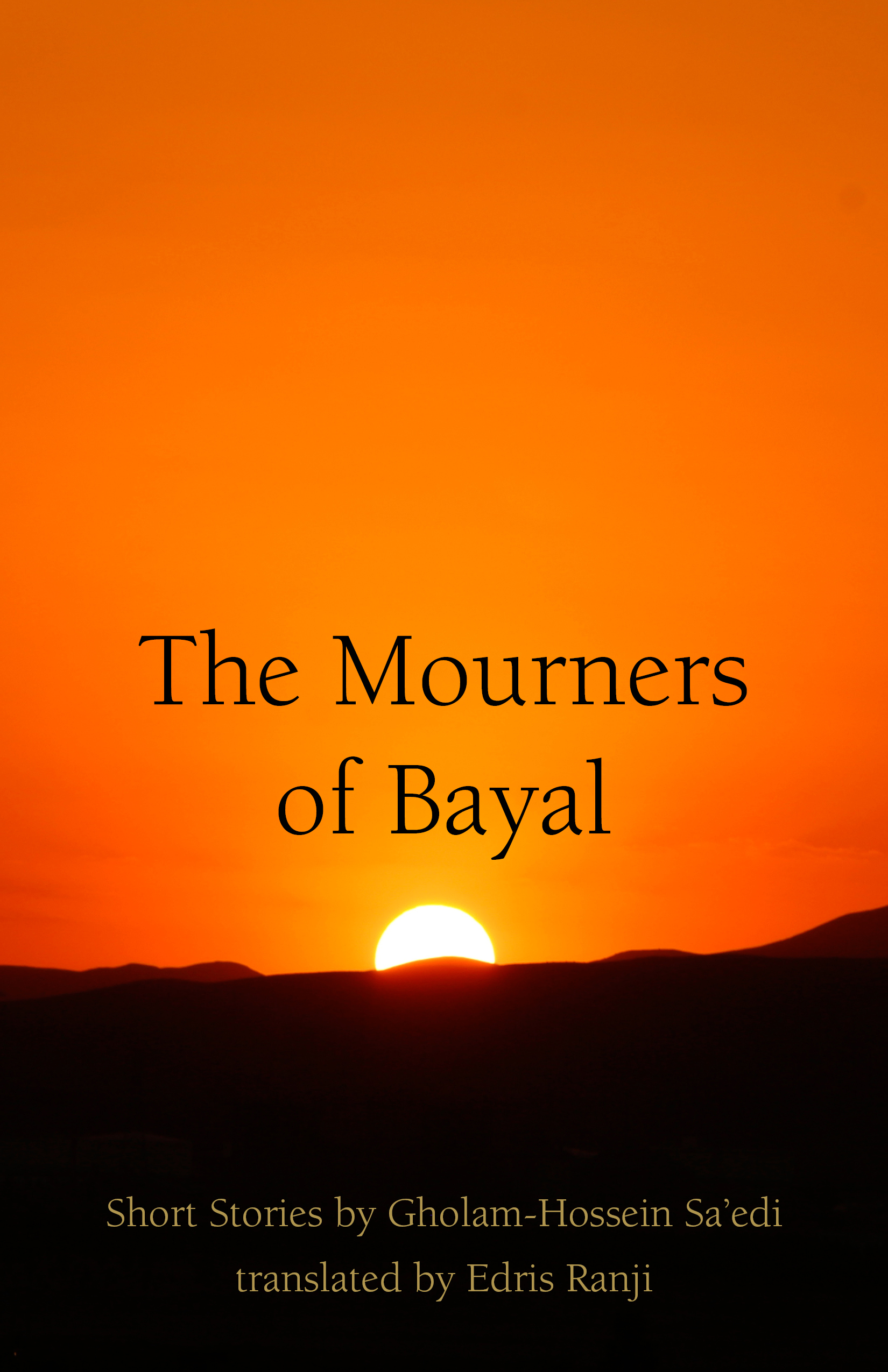 The Mourners of Bayal is a collection of eight interrelated stories centered around the people of Bayal, an imaginary Iranian village in the middle of nowhere. This work is a penetrating allegory of the manners, beliefs, hopes, and desperations of rural Iranians in the early seventies. The Mourners of Bayal is a very early example of magical realism. It precedes the works of masters of the genre, José Saramago, and Gabriel García Márquez. The most famous of the eight stories is the fourth (they are numbered without a title) which was adapted into a popular movie, The Cow. While away, Mashdi Hassan's cow, the center of his universe, dies. His wife is desperate and no one dares to tell him the truth. He gradually finds out, descends into madness and takes the identity of the cow. The townspeople attempt to cure him to no avail. He dies while being taken to the regional hospital. Gholam-Hossein Sa'edi (1936-1986) is the most important twentieth-century Persian language dramatist. He was also a prolific ethnographer, editor, dramatist, and fiction writer. Trained as a psychiatrist, his psychological insights are evident in his writings. With more than forty works of fiction, non-fiction, and drama to his credit, Sa'edi is an embodiment of the literary spirit of his generation which had its beginning in the early years after the Second World War and died with the installation of clerical rule in 1979. His audience was mostly limited to literary circles until 1968 when the director Dariush Mehrjui made a film based on a script by Sa edi. The Cow became a critical success both in Iran and abroad and brought Sa'edi popular recognition. After the Islamic revolution, Sa'edi fled to exile in France, where he resurrected the highly regarded literary magazine, Alefba. He died in 1985 at the age of forty-nine in exile there, mainly due to the effects of alcoholism. Edris Ranji is a doctoral student in English Literature. He has translated numerous notable English literary works into Persian including those of Eudora Welty, Tobias Wolff, Angela Carter, David Foster Wallace, William Wordsworth, D. H. Lawrence and Alice Munro. The Mourners of Bayal is his first book-length translation from Persian into English.

Title: The Mourners of Bayal