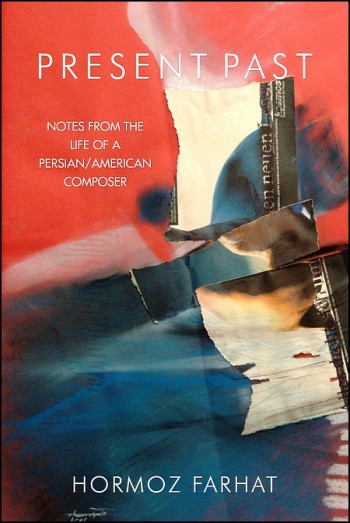 Present Past: Notes from the Life of a Persian/American Composer

Present Past is "a selective mémoire," as the author, well known Iranian musicologist and composer Hormoz Farhat, calls it. His rich life is divided into four distinct phases: being born in and growing up in Iran; studying and later teaching in the United States; returning to Iran during the boom of the seventies; and finally escaping the tumultuous 1979 Iranian Revolution to Ireland, "a country that we love and admire, a green and gentle land with warm and charming people," where he taught and still lives. The author was born in Persia during the transformative years of the nineteen thirties and forties. He remembers Reza Shah's forceful reforms and secularization, the upheaval of the Second World War, the Allied invasion and later, the Shah's abdication. During this period he becomes enchanted with Western classical music. In 1949, Farhat moves to America, not knowing much English, where he is "a stranger in a strange land" and was so out of step as to wear a suit and tie to his university classes. He eventually finishes his doctorate, becomes a composer, and teaches at a university. In 1968, a time when a great deal of reform and progress were underway, he returns to Persia. During that period, he heads the Music Department at the University of Tehran and the Music Council for the Iranian National Television network. He also relates his role in planning the annual Shiraz/Persepolis Arts Festival. In the final section, Persian and Western music are compared and contrasted. The history and substance of the urban musical tradition of Persia are discussed, as well as the problems that music faces in Islamic society. He assesses the musical trends of the past one hundred years in contemporary Western musical composition.

Title: Present Past: Notes from the Life of a Persian/American Composer

Present Past: Notes from the Life of a Persian/American Composer