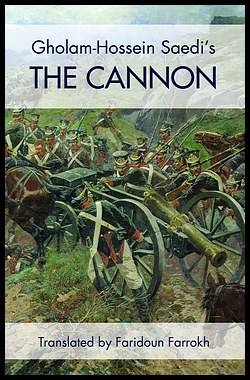 THE CANNON is the first and best of Gholam-Hossein Saedi’s novels. It has an unwavering focus on a single character, the independent iterant Mullah Mir Hashem who is clever and manipulative. Based on historical events, the novel is set in northwestern Iran in the early twentieth century. It features tribal supporters of the Constitutional Revolution; Russian Cossacks who are backing the status quo; and Mullah Mir Hashem. The novel gives a glimpse into the tensions and machinations of the revolution, where each party is attempting to outwit, out-maneuver and otherwise deceive the other. F...
View More...